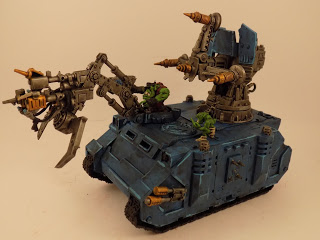 Ginge contacted me a few months ago when the series was taking off. He was keen to take part, but wanted some time to get his blog dusted off and get some more regular content posted. The return of the series last week must have prompted him to get back in touch!

Need More Tanks is a veteran blog, starting back in 2009. His blog features a good mix of content to keep most gamers happy. There is regular hobby updates showing the work in progress on his various armies and battle reports, as well as board game reviews. His recent article on his hobby to do list shows he will have lots to show in the future. 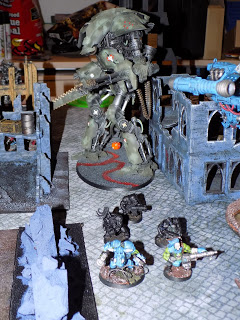 Having a Deathskulls army myself, it is no surprise that I am particularly fond of Ginge's Deathskull Ork army. Not only is it a great looking force, but it features some fantastic looted vehicles showcasing his awesome conversions. One standout is the looted Imperial Knight, something for all thieving Ork gits to aspire to! 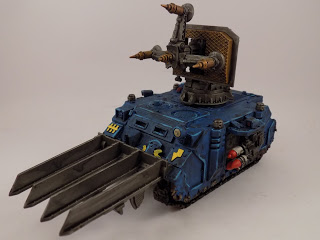 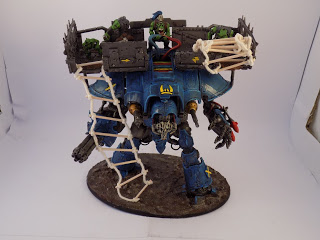 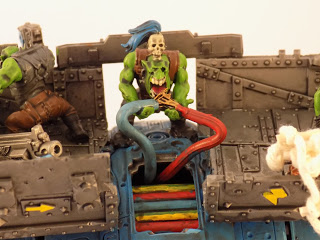 Here are Ginge's answers to my questions:


I was quite early into the overall hobby, I think I was about 8 and I saw the tv advert for Heroquest and bugged my brother for it... but he advised I try Space Crusade instead as he thought it a better game (the blip tokens giving more variety to the scenarios...)

After a slow burn through a few boardgames and then picking up, painting, but never playing (it wasn't really big in my area and the nearest GW was about an hour away) my patience was eventually rewarded when I moved to Portsmouth at the age of 17, got my first job... and found myself with money of my own and a Games Workshop store on my doorstep. Literally, two minutes down the road. The rest, as they say...


I still have them, the models from the aforementioned Space Crusade set, though don't expect to see pictures of those any time soon! They're hideous! I tell myself the improved paints have made it easier over the years, and they have, but also if I'm honest I was not very good... 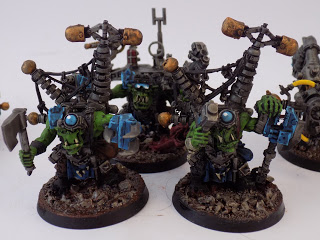 
The best aspect of gaming for me is definitely the converting. I get plans in my head for wild conversions and just run with it. Then once they are built I have to crack down on myself to actually PAINT this lot before I start converting the next shiny project that has popped into my head (check out some of his various conversions on the blog. Some great work!- Mike).

Arguably one of my best conversion projects was my Star Wars Guard Army (http://needmoretanks.blogspot.co.uk/2016/01/the-blog-awakens.html) but I have had a bunch of other good ones... Aliens inspired Guard for Combat Patrol, Pirate Dark Eldar, Battlestar Galactica Eldar, Russian Revolutionary Grots... 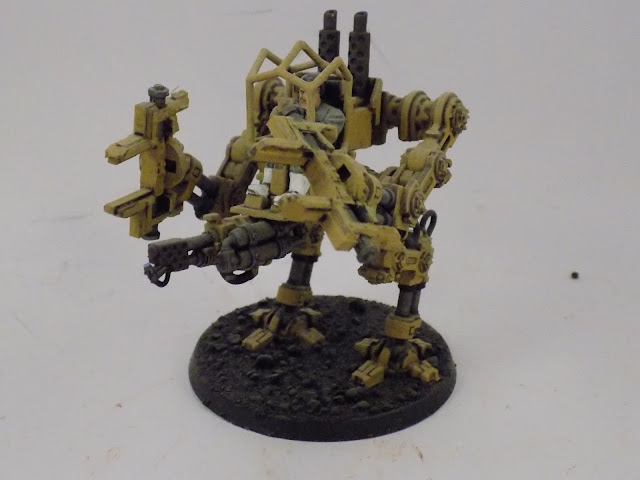 Still in the planning stage are my next few projects, including Aliens inspired Deathwatch, Flintstones inspired Orks, and a Guantanamo Bay inspired guard army... told you I can't keep up with myself sometimes.


One of the best memories I have in gaming would be one of the first things I did when blogging, which was to use the new blog to run A Tale of Four Gamers. We all really got into it, all four of us doing our own blogs and coming up with background characters for the Tale, and linking the narrative of the games into our story arcs. It ran exactly as I would have hoped it to run. I've done a couple more since, but they've never been the same... others who wanted to join in just ploughed through the painting targets without joining in with the story as I'd hoped, while another challenge just sort of fizzled out when the majority of participants lost interest. The advantage of the first one, four highly committed gamers. Subsequent ones, everyone else wanted to join in, and to be nice I let them. Should have been more selective, but I try to include everyone. If I was going to run one again I would say that I would want everyone to be on the same page about their expectations for the campaign, the same as we were during that first one (albeit by complete fluke). 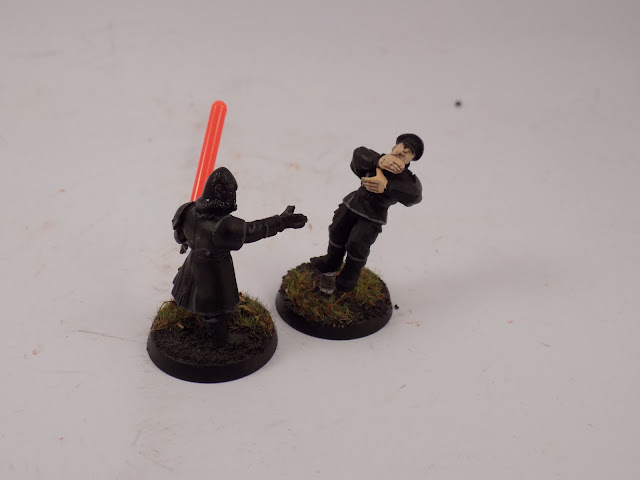 
I'm currently working on Da Grand Loot, a Deffskulls army that I can only add vehicles to after they have faced an opponent and killed some of the relevant things I wish to steal (some great narrative army building there- Mike). My hobby side has got a slight step ahead of my gaming side here, I need to find a guard player who runs a variety of Taurox in order to start fielding my latest converted "trukk" and I am keenly looking forward to seeing someone run Genestealer Cult with Goliaths... 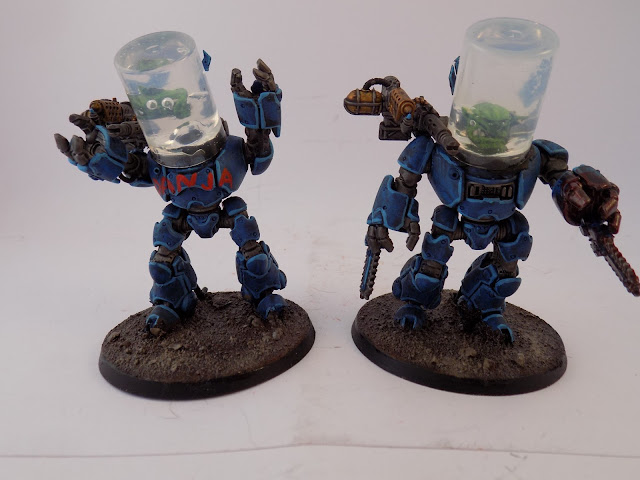 
Work life is currently as a Waiter, it's easy money while I try to figure out what I actually want to do with my life... Various things interest me and this is an easy gig while I think about which one truly suits me (I did many years as a waiter in my undergrad days. Always enjoyed it- Mike).

Hobbies, well, aside from the obvious (I run a weekly club for wargames fans, 40k and X-wing being the bread and butter, but other stuff makes an appearance too) I also have a love of boardgames, which I can usually convince my less geeky friends to at least join in with. Other than that I have a love of Halloween/Fancy Dress. I guess it's easy to spot the two geeks in this photo from a night out, I'm Woody... the green ranger can maintain his anonymity. 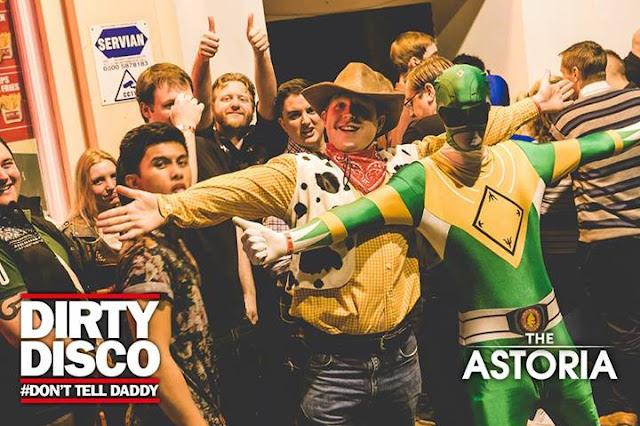 Come for the cool conversions, stay for the pop culture references...


I can't think of a single article that is my best, although I had some that I was proud of at the time, but rules updates have rendered irrelevant. I did however enjoy the Tale of Four Gamers series of articles, and the Journal of a Sentient Grot subseries that developed within that, as the being on the ground narrating the story. That grot started with my speedfreaks, moved on to the badmoons, before eventually leading a revolution... 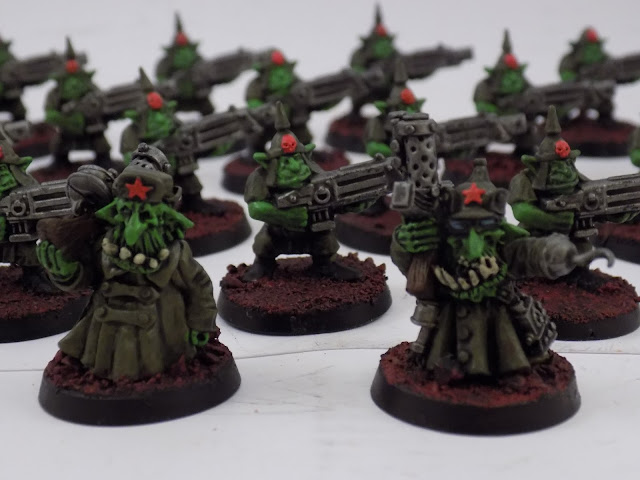 
There are obvious problem rules that come up, but I think there is a bigger thing that skews the game more than any single rule, and that is formations. Some formations are massively overpowered. I've gone to a tournament, 1850 points level, and ended up facing 2350+ worth of stuff once free upgrades/transports etc are accounted for. How is that fair?

If formations are a way to build a fluffy force, fine. Let them be swapped out directly for the force org chart, a quick and simple way to make a force that isn't reflected by a normal CAD. But where does a sudden host of free stuff or extra rules come from? I'd be happy with them being a rules-less alternative to CAD.

Or, at the very least, charge some base points cost for the USRs they receive. And also, STOP giving free stuff. That includes special edition miniatures. They're cool, they need rules, fine. Make that marine a 20 point upgrade to a normal special weapon trooper or whatever. But a free swap? Seriously? When you make something an auto include, because just simply why wouldn't any and every gamer take them, you are killing the variety of the game, and that is not good. 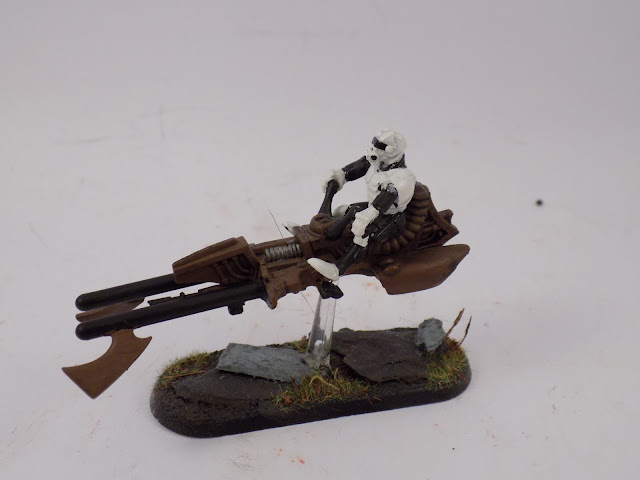 
As you may tell from the name of the blog I started out as a guard army lover, and they will always be my first... but I think from the amount of different projects I've done, Orks have probably overtaken the Guard as my preferred force (despite having a lacklustre codex, Orks are still a blast to play- Mike).

I make no secret of the fact that I wargame, but at the same time I won't dwell on the topic unless it is raised... in a similar way I don't mention football unless the person I am conversing with expresses an interest in the subject, then I can talk for hours. Same with wargaming. Unless it's brought up, it get's left unsaid. 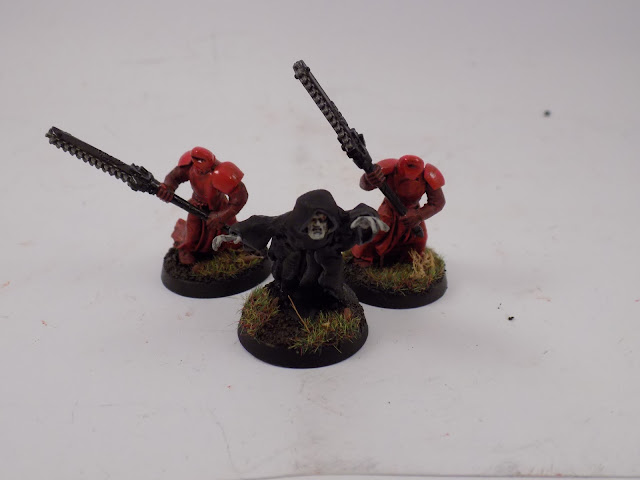 
If you plan to magnetise weapons or any kit, first thing to do, make yourself a positive and a negative magnet with a handle for applying the magnets. Once you know you're putting all the positives on the weapons and all the negatives on the bodies your life will be so much easier. I used green stuff, other people have used bits of sprue, whatever works for you as long as you can easily identify which magnet you are attaching where.


Very much casual. I have been to a few tournaments (the last one I was brutalised by the aforementioned formations of free stuff) I prefer to go to tournaments that have a more toned down nature... my next one I plan to attend is Fluffageddon (http://the-outpost.co.uk/our-products/tickets/Ticket-Fluffageddon) I'm hoping this rulespack will see less of the shenanigans and it will be a fun day... planning to take the Deffskulls along for that one... 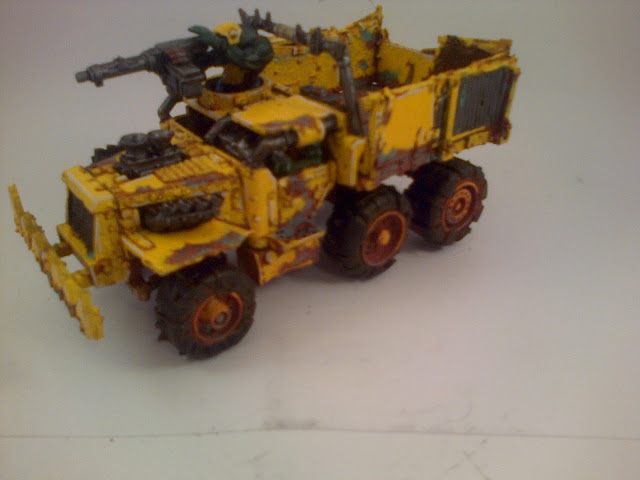 
Historically PlayStation, always preferred it, although do still own an xbox - simply because it has a bunch of music painstakingly recorded onto it and I think of it as a jukebox/time capsule. Besides, I do have some affinity for an xbox classic... 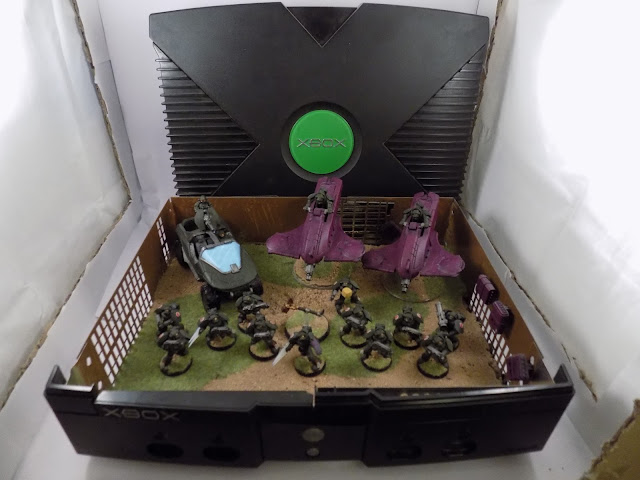 Thanks to Ian for getting in touch and taking the time to answer my questions. If you have your own blog and would like to take part in Better Know A Blogger, please get in touch at corrm83@gmail.com