Assembling and Magnetising the Stormhawk Interceptor

I recently purchased a new Stormhawk Interceptor after picking up the Death from the Skies expansion. I really liked the look of the new model and the rules were also rather great. I decided that I would magnetise the kit to get all the available options on the flyer.
One of the reasons for this is that it is actually quite difficult to choose between the Las-talon and Icarus Stormcannon. The Las-talon is a short ranged, two shot lascannon that is great for taking on vehicles or monstrous creatures. The Icarus Stormcannon on the other hand has Interceptor and Skyfire, great for possibly taking out enemy flyers before they have a chance to fire on the board and gets some big bonuses during the Dogfight phase.
After looking at the kit and checking out a few online guides, it was actually surprisingly easy to magnetise the kit.
I started by assembling the kit as detailed in the instructions. When it came to the tail section, I copied the Stormhawk conversion by Siph_Horridus over at the WeeMen blog. He had taken the top tailfin and moved it to the bottom after trimming the bottom fin. This gives the Stormhawk a much more streamlined look compared to assembling it in the regular fashion. I really liked this and it suited its role as a supersonic fighter jet.
I began by assembling the main hull. The bottom tail of the rear of the hull was removed. 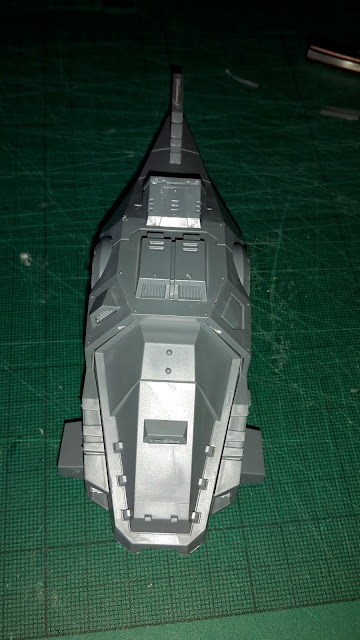 I then stuck the top tail fin onto the bottom of the hull, where I had cut away the fin section. This leaves a gap where the fin has been removed that I later filled in with liquid green stuff. 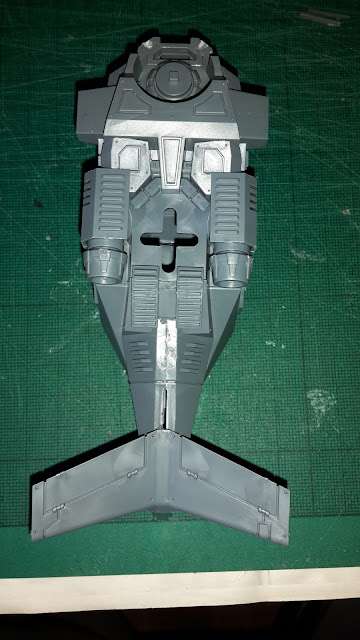 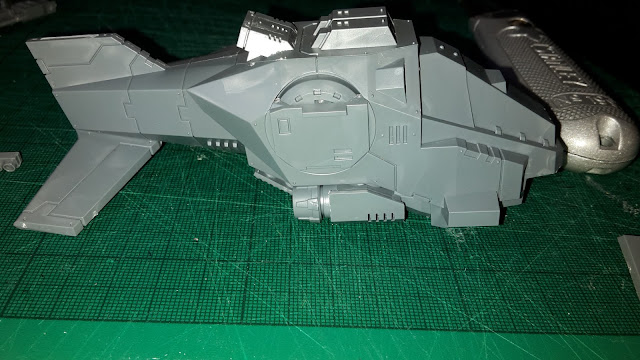 The underside of the front hull (where the las-talon or stormcannon goes) had a small square piece of plastic in the centre. This was removed and a hole for the magnet was drilled. The magnet (2mm x 1mm) was glued in place. 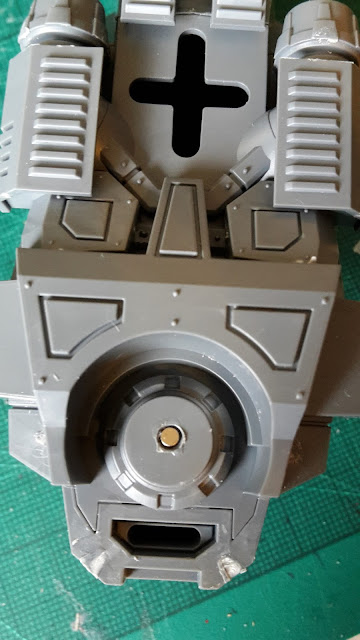 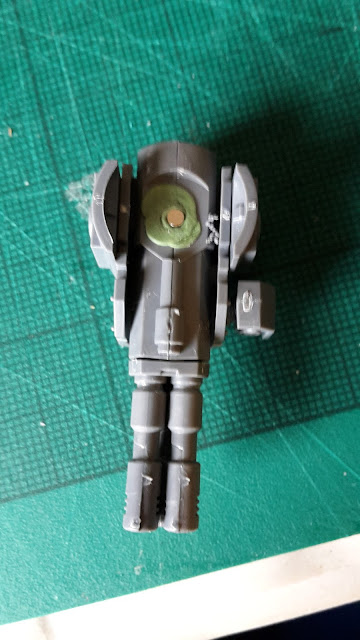 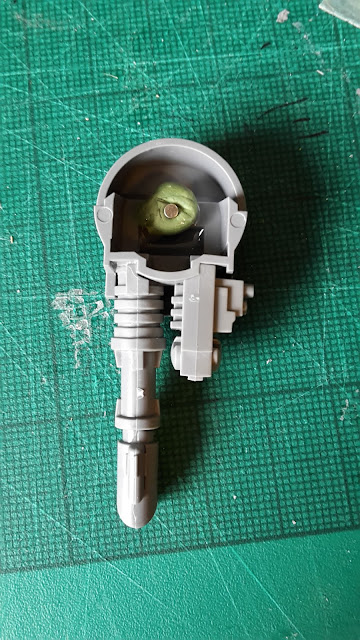 Next, I drilled a hole in each of the secondary weapon holders and glued a magnet in place. This will be used for swapping between the heavy bolters, typhoon missile launchers and skyhammer missile launchers. 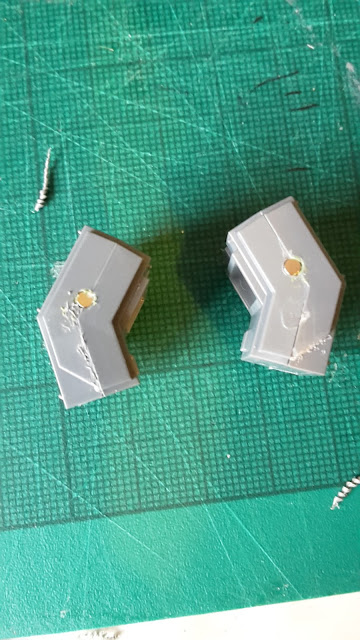 I then drilled a hole in the corresponding position on each of the different weapons systems. One way to do this is to fit a second magnet to the magnet in the weapon holder and put a little bit of paint on the end to be attached to the weapons. Then fit the weapons, transferring the paint to the appropriate place on the gun where you should drill the hole.
The plastic on the weapons is actually quite thin for the skyhammer and typhoon missiles, so I accidently drilled through them when fitting the magnets. This was fixed by adding some greenstuff to the hole and smoothing it over on the facing side. It is not too noticeable when assembled and painted.
It may be easier to add some braces to the secondary weapon holders before gluing them together so that you don't need to drill into the front weapons facing, but just go deeper into the weapon holder. 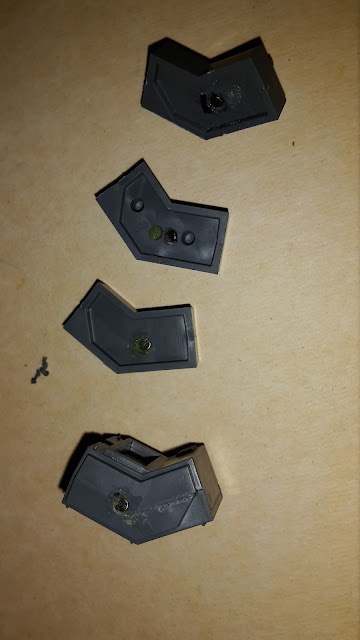 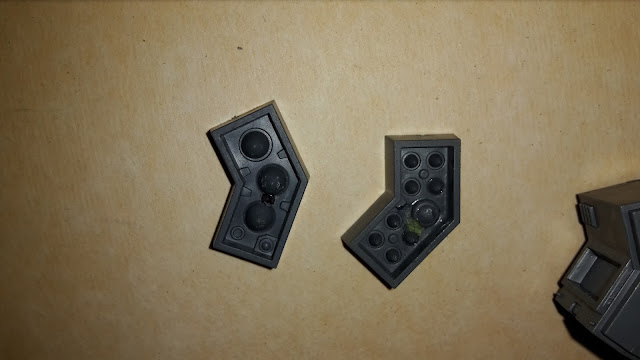 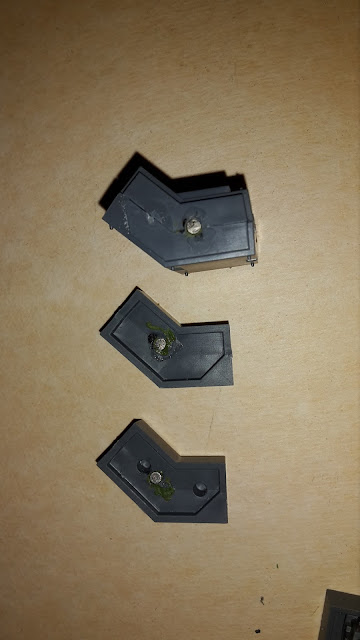 After that, I assembled the Stormhawk as detailed in the instructions. The completed plane is now ready to be painted and is magnetised for all the weapons options. 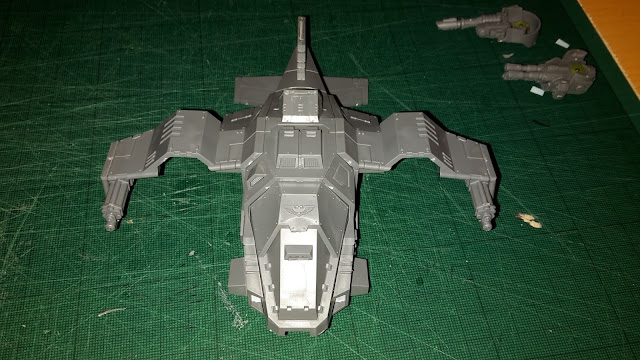 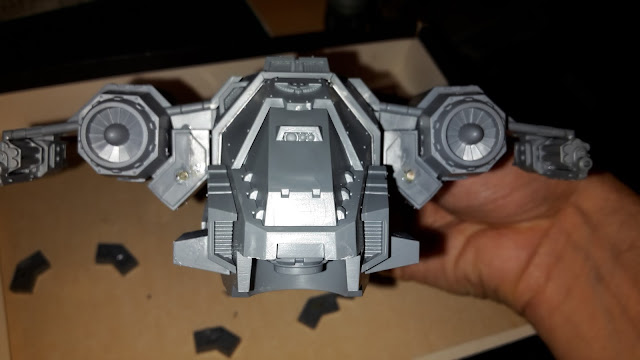 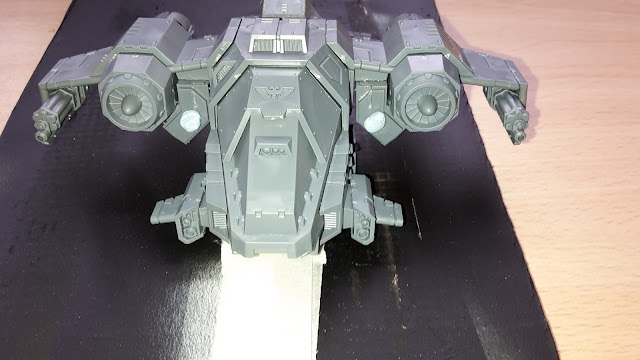 In fact, the Stormhawk's weapons fit quite well that you probably wouldn't need to magnetise them if you didn't want to or couldn't. The secondary weapon systems fit quite snuggly on their holders and would most likely stay in place without the magnets. The main gun on the hull should stay in place with just some blutack.
I hope you have found this guide useful, I look forward to getting it painted up and on the battlefield!
﻿
Posted by Mike (St Andrews Wargaming) at 09:00