I took a little break from Arkham Knight to do a little hobby work today.
The first task was to rebase some of my Ravenwing bikers. The bikes originally had square cavalry bases, but I swapped them out for the bike bases and flocked them to match my over Ravenwing bikers. 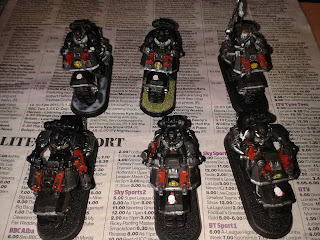 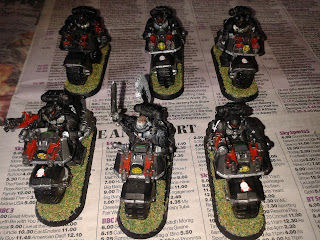 The next job was to cut off some plasma guns from my bikers to replace them with grav guns. I had an abundance of plasma in my Ravenwing, so decided to turn two of them into grav carriers. The grav guns and arms were taken from Sternguard spares that I had in my bitz box. 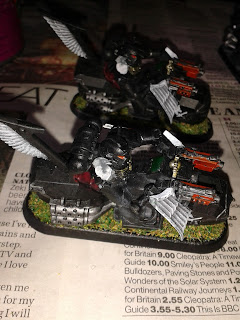 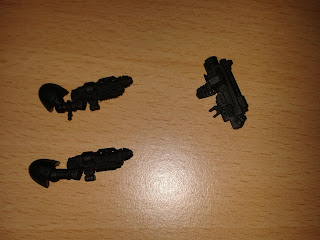 In the brief time between showers today, I managed to get the grav guns undercoated as well as some drop pods, heavy bolters and assault marines that I got from ebay a while back. These will be used to build a skyhammer strike force that I want to try out. 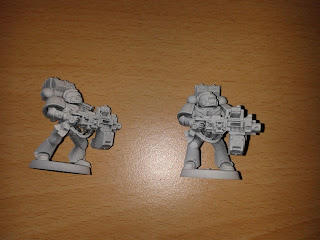 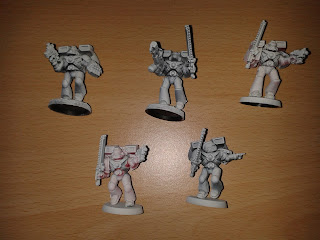 The last bit of hobby work I got done today was to patch up some cityfight buildings that I had made. These were constructed from foamboard and coated with stone textured cover spray. Over time the paint has chipped a little to expose the foamboard. I wanted to touch up the paint a little before bringing them to the Dundee Wargames Club. 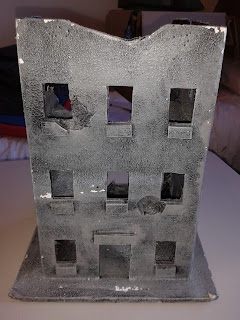 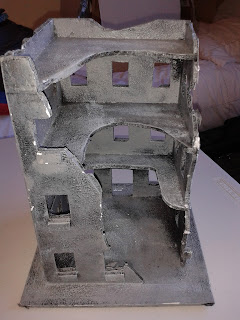 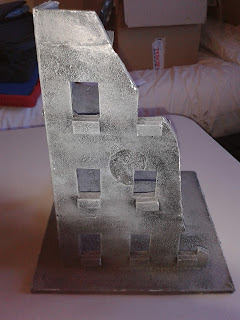 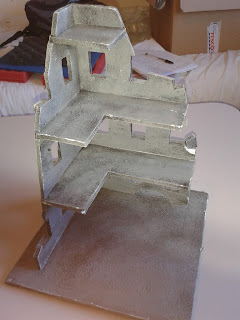 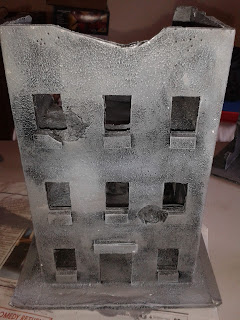 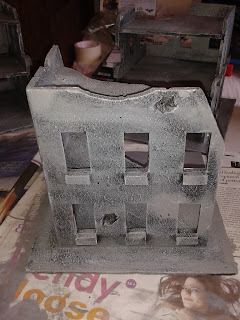 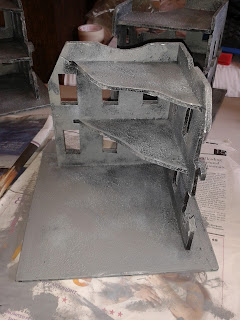 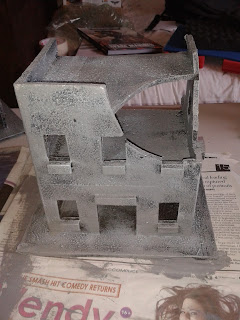 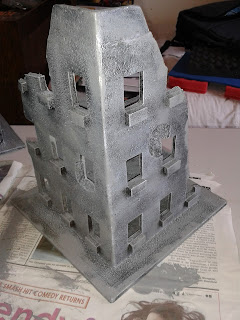 I realised that I have somehow managed to post every day this week. I don't expect this to be a regular thing, as pretty soon I'll have nothing left to say. Tomorrow I will be posting a review on the Ravenwing units in Codex Dark Angels.
Posted by Mike (St Andrews Wargaming) at 19:07