I now come to the final part of my Dark Angels army, having previously shown the Green wing and Ravenwing, now comes the turn of the elite 1st company, the Deathwing.
My Deathwing were inspired by the Captain that featured in the 3rd edition codex that featured a white armour colour scheme instead of the traditional bone colour that the Deathwing wear. 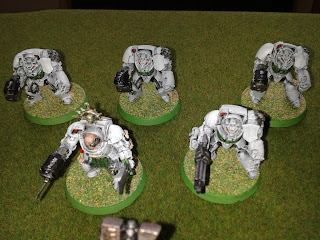 I loved the Terminator Captain model and painted up my own to match it. I spent a lot of time and effort on the Captain and even got to display him in the window of the local Games Workshop Braehead (when it still existed), a moment of great pride for a young wargamer. Unfortunately, he doesn't see the battlefield much these days as he has suffered from the bulking up of regular terminators, so looks a bit puny to his counterparts. 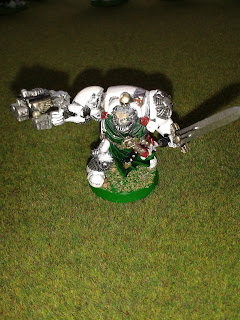 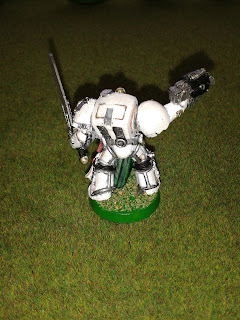 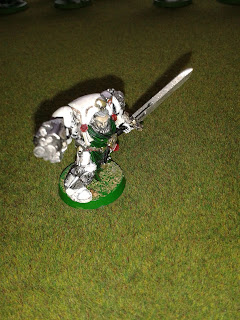 The army has steadily expanded with the inclusion of terminators in the 40k starter boxed sets and some purchases of Deathwing Knights and some lightning claw armed terminators. 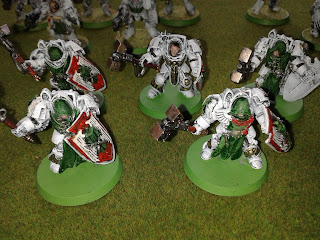 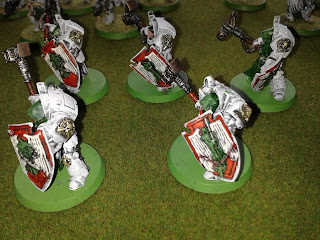 I love the idea of the elite terminators advancing to slaughter the foes of the imperium, destroying all about them. Unfortunately, this image does not hold up in practice. Terminators are a powerful force, but can be easily brought down by massed firepower. An all Deathwing army looks good, but the small model count generally means it is severely outnumbered and the low mobility can mean it really struggles in a lot of objective-based missions (especially maelstrom missions). 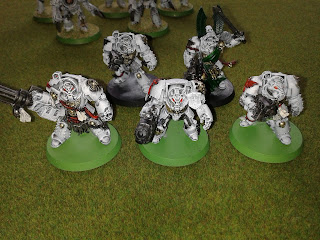 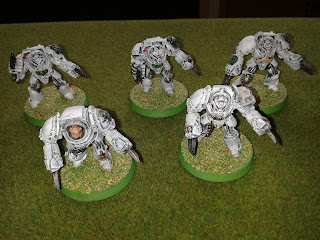 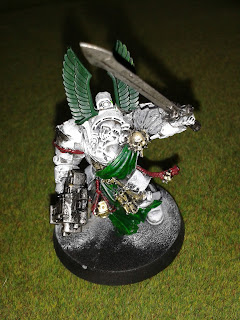 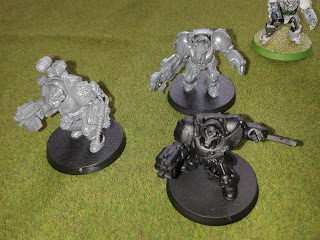