Part 4 of my Codex Space Marine Review will take a look at the Troops choices available. This will be a quick review, as there are only three choices. I was planning on grouping this with the Elites section, but that is actually a fairly substantial section of the codex, so I will focus on that in its own review. 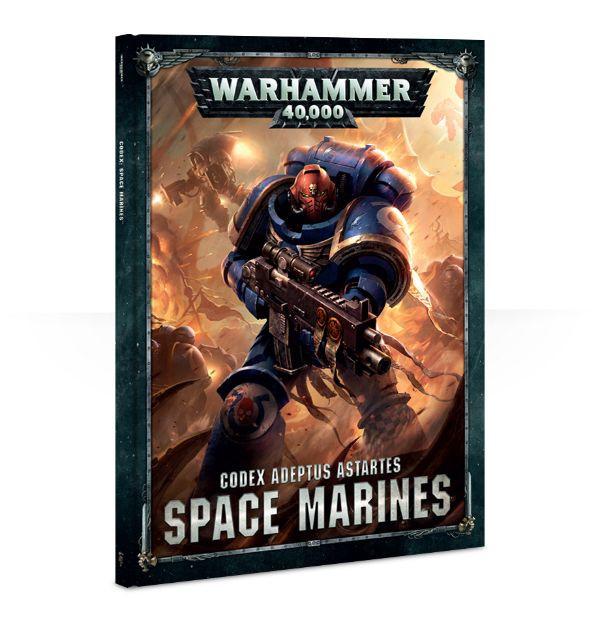 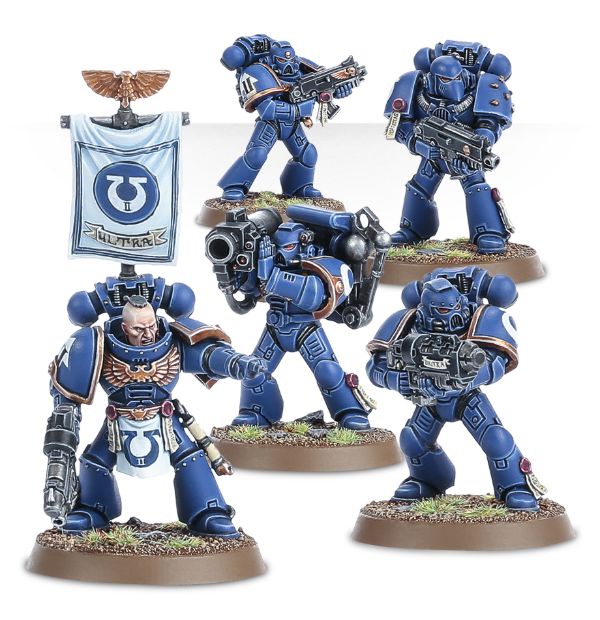 Where the Tactical Squad has changed is in the actual 8th edition rules themselves. Now that a single squad is able to fire at multiple targets, you are no longer "wasting" the Bolter shots from the rest of the Tactical Squad if you take a single Heavy Weapon or Special Weapon. This upgrade can fire at one target, while the rest of the squad can utilise their Bolter shots to damage another target. Also, giving that the To Wound values have also changed in 8th edition, the humble Bolter can now wound vehicles on a 5+, meaning that a Tactical Squad is now more than capable of taking a few wounds off a vehicle with some lucky rolling, or even finishing off a vehicle that the Squad's Heavy/Special Weapon has seriously damaged.

For several editions now, many have said that Scouts are simply a better option for the necessary troops slots when building a Space Marine army. While this is hard to argue with, I still rate the Tactical Squad as it can take many wargear options that the Scout squad cannot. In addition, the changes to the cover rules and AP rules means that Tactical Marines in cover get an added durability and are slightly cheaper than Scouts with Camo Cloaks (who would get an equivalent save in cover).

With the changes to the Morale rules, it is generally less favourable to take large squads of Tactical Marines. Even with And They Shall Know No Fear, a squad of 10 Tactical Marines is more susceptible to losing more of its squad to Morale than a 5-man squad. As a result, it is more common to see multiple 5-man Tactical Squads as opposed to 10-man squads in 8th edition. The only place this is a disadvantage is in number of deployment drops for going first. However, the upcoming Chapter Approved book looks to be suggesting a roll off for first turn for competitive play, rather than the player that finishes deploying first automatically getting the first turn (though they will get +1 to go first). This means that there is less incentive to go for larger squads, as smaller squads are less likely to be overly punished by a bad Morale test.

However, the new Defenders of Humanity rule complicates this matter further, with Troops units in battleforged armies gaining effectively "objective secured". This means that there is now some benefit in taking larger squads of Tactical Marines, as you may be able to steal objectives from enemy units or even attempt to outnumber your opponent's own objective secured units. The other benefit of larger Tactical Squads is that a volley from your Bolters may very well help you achieve that numerical superiority.

The Tactical Squad is still, to me, a solid choice in a Space Marine army. The squad is extremely flexible, giving you a wide variety of options and you are free to run them as you wish to suit your army and playstyle. Even better, the change to the vehicle rules means that Rhinos and Razorbacks are even more effective than they have previously been in keeping your units safe.

Scout Squad
The Scout squad is seen by many players to be the most points efficient and effective Troops unit for the Space Marines, and it can be hard to argue with that. 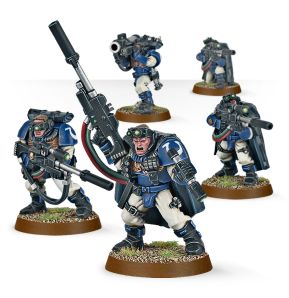 The Scout squad has also seen some useful benefits from the change to 8th edition. One of their big bonuses is the change to the Infiltrate rules. The Scout squad now has a rule called Concealed Positions. This allows the unit to set up anywhere more than 9" from the enemy deployment zone. This differs from normal reserves in that the unit can still move in the first movement phase. This means that it is very likely that a Scout unit will be able to get off a first turn charge on an enemy unit, so you can equip the Sergeant and Scouts for combat and disrupt the enemy army from the very first turn.

Another bonus for the Scouts units is the change to Sniper Rifles. These enable you to target enemy Characters, even if they are not the closest unit. This can actually be a really effective way to take out enemy characters that are being used to buff the enemy army. If you are wanting to use them for this role, you will probably need at least 2 units of 5 or a unit of 10 to effectively try and kill an enemy character. The changes to sniper rules also means that they are only S4 and do not automatically wound on a 4+ anymore. However, they now do a mortal wound on a 6 to wound in addition to its normal damage, meaning that some decent rolling can decimate an enemy unit.

Using Camo Cloaks on a squad also gives them a 2+ armour save in cover, greatly increasing the durability of the squad at a very modest price.

As you can see, Scout squads are a highly effective option for Space Marine armies in 8th edition. They also benefit from the Defenders of Humanity rule. If only Tactical Squads benefited from this rule, I could see Scouts losing out, but with the Scout Squad also gaining this rule, they continue to be a very effective unit on the tabletop.

Intercessor Squad
A new Primaris Troops choice for 8th edition for the Space Marines. These Intercessors are essentially Tactical Marines with an extra wound and attack, as well as a better Boltgun. 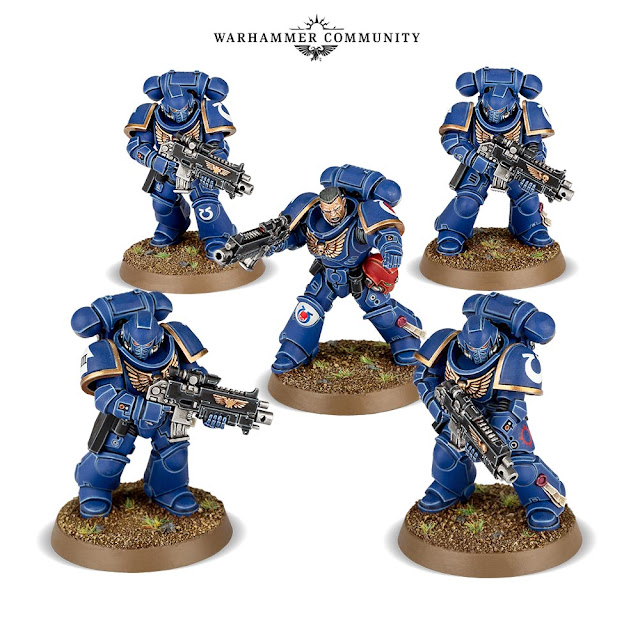 The squad comes armed with either an Auto bolt rifle (24", assault 2, S4, AP0), Bolt Rifle (30", Rapid Fire 1, S4, AP-1) or Stalker Bolt Rifle (36", Heavy 1, S4, AP-2). These weapons bear some similarity to the Special Issue Ammunition for the Deathwatch, so can be highly effective in the right circumstances.

The general Bolt Rifle is a solid choice. A longer range than the Bolter and -1AP is a big boost over the standard Bolter. The Stalker Bolt Rifle is great for backfield objective holders, while the Auto Rifle will enable your units to advance and still fire, meaning they will have a greater mobility on the battlefield.

The extra wound on the Primaris Marines is a great boost, making them much more resilient to single damage weapons, most multi-damage weapons will still easily take them out. I'm just not sure it is worth the price increase over a standard Marine? If anyone has experience of using the Primaris Marines, let me know in the comments whether they are worth the investment.

Overall
As per usual, the Space Marine army has arguably some of the best basic troops choices available in the game. The Tactical Marine is iconic in 40k and for good reason. They are a solid choice to build an army upon. Unfortunately, the Scout squad does seem to surpass them in 8th edition, but I will still probably be basic most of my White Scars armies on the Tactical Squad.