Well, it's been a long, long time since I did one of these. My last hobby Sunday post was back at the beginning of October 2015 when I started making and painting my White Scars Command Squad for Rapid Fire 2015. I never posted the finished models on the blog, but with the exception of these 5 models, I don't think I have done any hobbying for those 4 months.
That needed to change and I decided to do more work on my White Scars. I purchased a set of Scout Bikers at Blog Wars 10 to use in the new White Scars formations. I finally got round to building them (arming one with a grenade launcher). Hopefully, I can try out some of the new formations in a game soon. If nothing else, I may actually get to pass some Hit and Run tests thanks to the formation re-rolls. 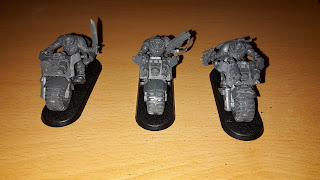 After Rapid Fire 2015, as I normally do, I took a look at the army and how it performed. One of the suggestions that came about was arming the sergeants with power axes. After raiding my bits boxes, I managed to scrounge up a couple of power axes and parts to create two new bikers. I also managed to build a banner carrying biker as a new addition to the command squad, to use him as a Banner of the Eagle carrier from the new White Scars Relics. 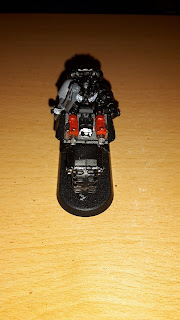 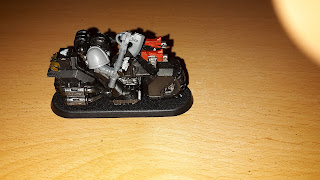 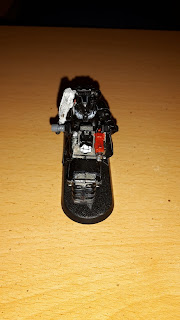 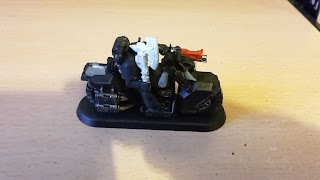 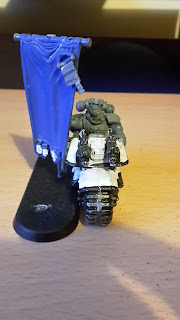 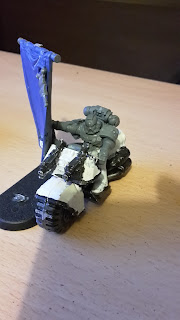 Finally, I looked at making some more progress towards some terrain projects I had started. A while back, I bought some laser cut MDF bases from ebay to make some woods. I glued two of these bases together for my 8 trees I have. I then glued some sand to the base. When I have a chance, I will spray paint these black and get them painted up (when the Scottish weather allows me!). 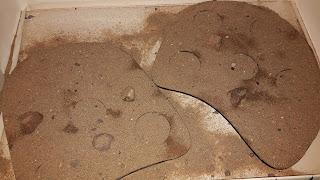 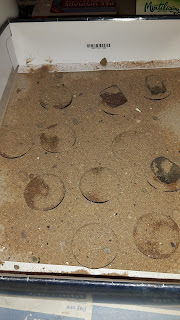 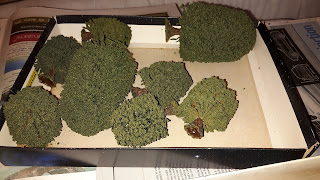 So now that I have finally got back into some hobby progress, I hope to continue with more projects in the near future. ﻿
Posted by Mike (St Andrews Wargaming) at 09:00