This week, I decided to take a break from painting and make up some terrain that I had lying around. In a previous hobby Sunday, I had finished construction of an Imperial chapel using the GW cities of death buildings.
I had a lot of spare parts and additional building lying around, so I thought that I would do something with them. I combed through some old issues of White Dwarf and Codex Cities of Death for inspiration and found some pieces that I wanted to try and emulate (I also put aside some old White Dwarf copies for inspiration for other terrain pieces I want to work on). 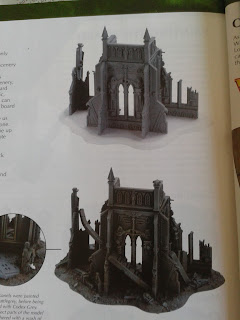 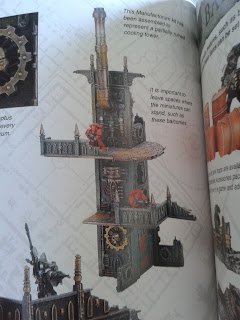 I set to work trying to copy the smaller section. I think it turned out pretty well, but I still have a lot of rubble and detail to add. I drew a guideline base out of 3 mm MDF which I will need to cut at a later date. 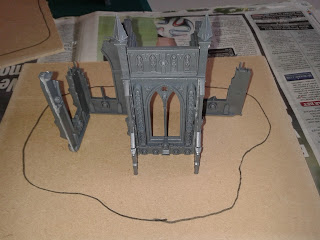 I next made a ruined tower. This one is three levels tall and has platforms for models to go on. It should hopefully provide some nice line of sight blocking terrain for the battlefield. 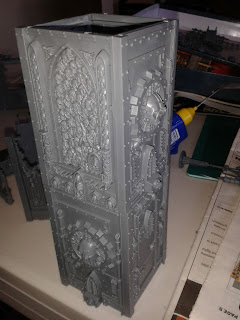 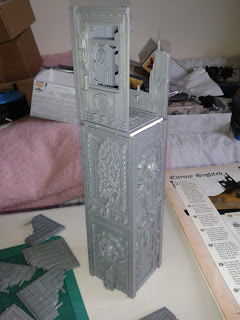 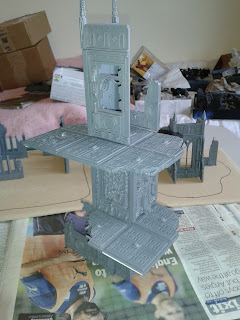 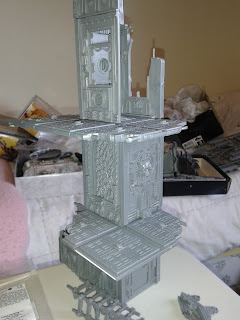 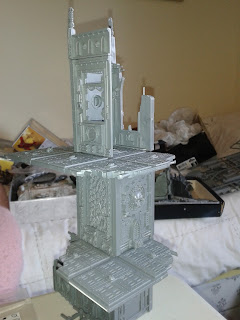 The final one was a ruined structure using some pieces that I had left. This will provide some cover for infantry. 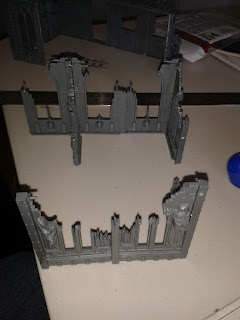 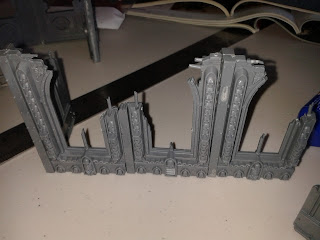 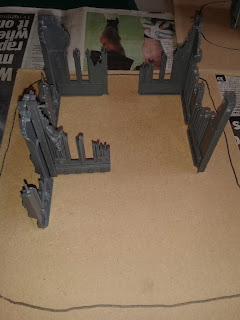 All the ruins need bases cut for them and additional rubble and features added. I will probably paint them all up in a similar fashion to be a ruined settlement.
I plan to get a few more terrain pieces built over the coming weeks. I have some gothic ruins that I want to get based up and other items that I want to get to.
Posted by Mike (St Andrews Wargaming) at 09:00